Yesterday I managed to climb to the summits of Ben More and Stob Binnein. Today was to have seen my visits to two more Munros in the Crianlarich area, namely An Caisteal and Ben a’Chroinn.

What I had not foreseen (and neither had the Met Office I suspect) was that the band of warm, accelerated air lying to the west of the UK, would choose this day to make a fast trip along the West Highland Way.

I have been staying in the Youth Hostel at Crianlarich. This has to be one of the very friendliest places to stay. Jools was a great host to welcome me each day as I trudged in after a day on the hills. Her two colleagues, Karolina and Fiona make for a great team. Crianlarich SYHA has restored my faith in Youth Hostels.

The day started bright and in Crianlarich there was hardly a breath of wind as I set out. 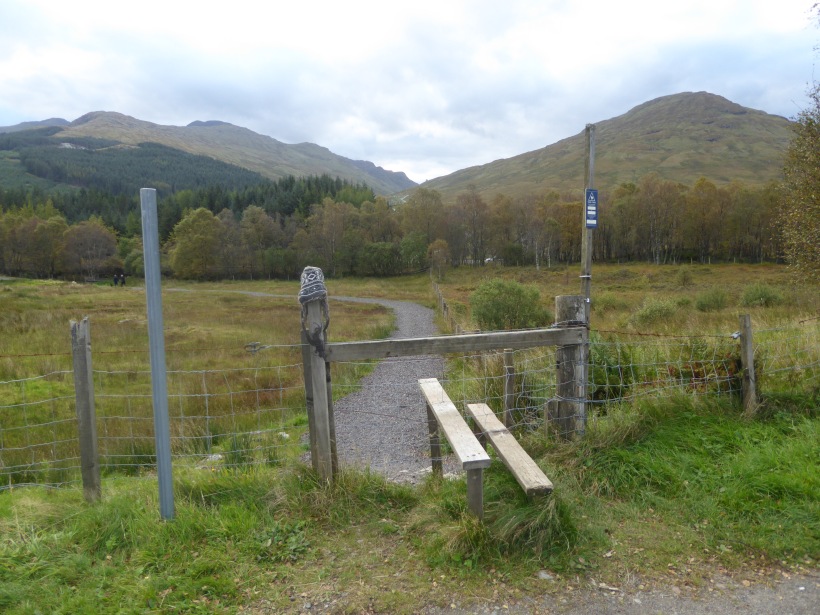 The route up to the ridge which terminates in An Caisteal is passes through a wet, oozy, glug-sluck morass. There is a path – I was told – but invisible at ground-level. 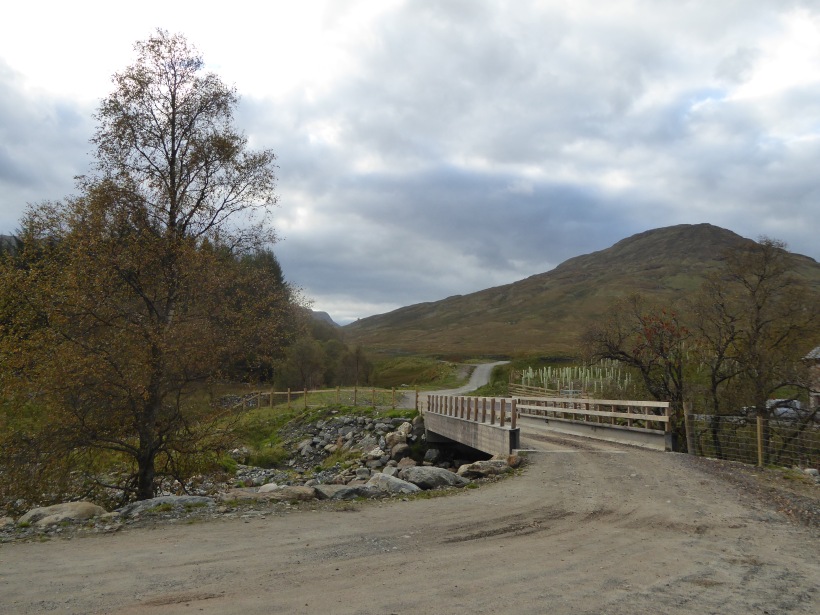 Eventually, on the ridge at 700m, I saw An Caisteal. Easy-peasy I thought. Two kilometres and 250m. No problem…Famous last words. That mild breeze in the valley had become a stiff breeze on the top ridge. It was coming across the glen, and accelerated to get over the ridge. It accelerated more and more as the ridge got higher.

I was blown down twice before I reached the summit. I waited behind rocks for gusts to abate

At the summit itself, a vertical stance was impossible. 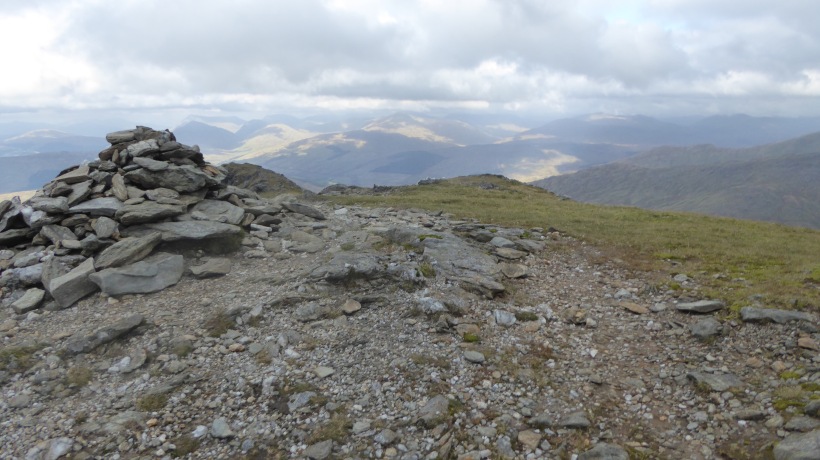 Once there, I looked at the route to Beinn a’Chroinn and the narrow bealach between the two peaks where the wind would be accelerated even more. I realised that on that exposed stretch of just 200m, I had every chance of becoming a ‘Search-and-Rescue’ statistic.
Yesterday I talked about ‘not yielding’. Let me add this one note. There are brave souls out there who put their lives into rescuing idiots who put themselves into dangerous situations. I know because I have been with them (many years ago). I did not need to put others in danger just to bag one more Munro. The hills will be here long after I am gone – and I have not gone yet…

So – I turned back.
That decision in itself was a struggle. Almost as soon as I turned back, the clouds parted and the day was bright – but still windy. I had a view of the hills I climbed in mist yesterday. The views to the north western Highlands were eye-achingly beautiful. 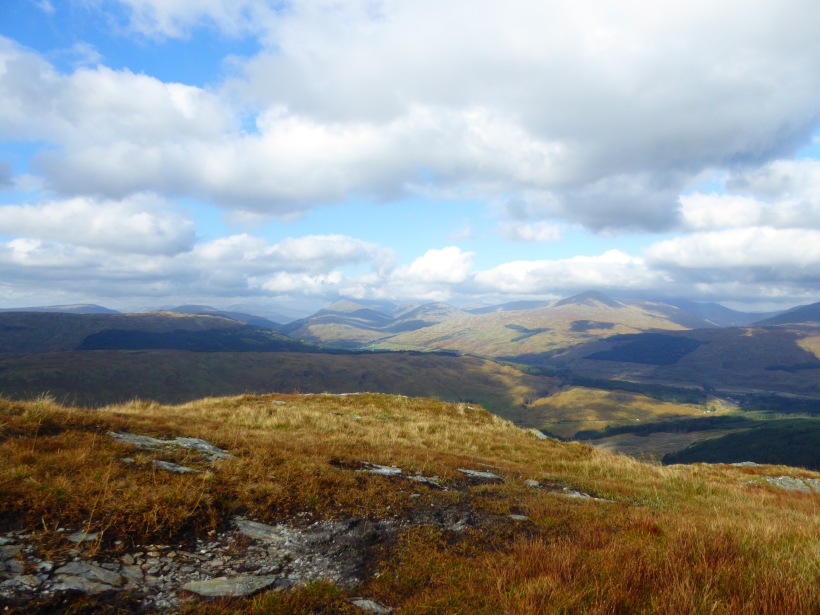 Along the way I met another walker. He was Russell Stewart from Glasgow. Another ‘old bagger’ like myself. He had already figured the wind would be bad at the summit, but as he said, he did not have far to drive to attempt the hill in better weather.

I sat in the wind-shadow of a rock, taking in the view and my favourite ‘Coronation Chicken’ sandwich. It is amazing how delicious tea and sandwiches taste on a high mountain ridge path.
Safely down, I decided to call this particular expedition to a close – but I know the way back…

Munro Madness some call it. It looks like I have it – along with ‘The Call of the Camino’.
While I have your attention – spare a thought please for those who put themselves in harm’s way to help us in our need. The paramedics, firemen, lifeboats, search-and-rescue, air ambulance…. Today I decided to avoid a move which could have triggered a need to find my body if it had gone wrong.