Starting the Journey is good…

Getting to the end of the Journey is great….

The Journey itself is The Greatest thing of all…

I have walked every step of the way from Lisbon Cathedral to Santiago de Compostela, which according to my pedometer came to 718,752 steps in total.

I shall send out one more post tomorrow, which will be recap of the whole route. This post is just about today.
Today the forecast called for rain – a lot of it. The heavens opened during the night. The sky was a display of lightening and thunder throughout the night.

When we woke up, we took one look outside and decided to keep ‘gentlemens hours’. We turned over and consoled each other that it was the last day.

Dressed and ready for the rain, on stepping outside – in that very second – the rain stopped.

Not even one drop.

It stayed like that the whole day. The finish was in bright, hot sunshine.

I am not one given to believing in personal miracles, but for us, we can honestly say that we had a totally dry Camino from Porto when the forecast said we should have soaked.
The way follows the now familiar N550, but cleverly stays just off the main road for most of its course.  Pilgrim and farmer art advances alongside the pilgrim as they enter Santiago. 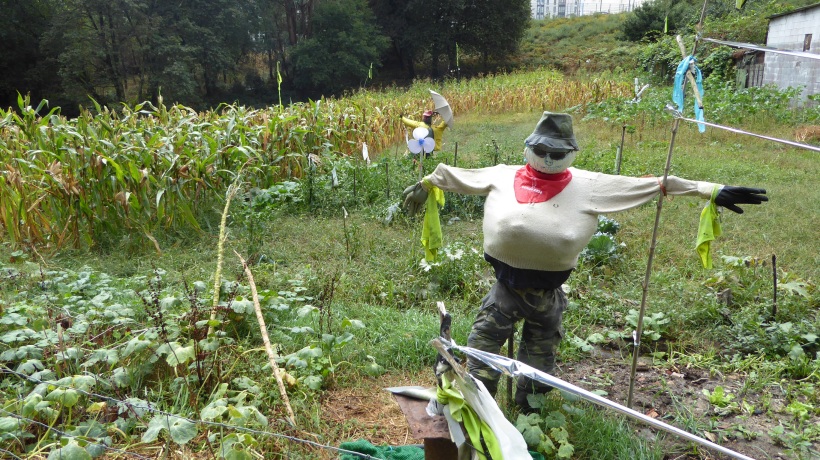 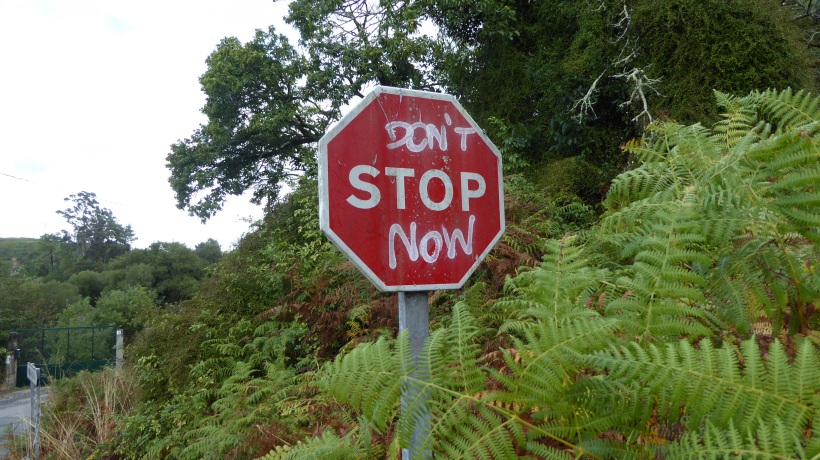 The villages rolled by, including one called ‘A Escravitude’ in Galego, which means quite simply Slavery. I shall do some post-Camino research on that.

More little villages followed with some of the tightest lanes. Across some vines had been grown, and in one case a house extended over the Camino.

The skies brightened, and it was hot when the outskirts of Santiago were reached. The countdown markers stopped counting down at around 5km to go. The arrows too became difficult in the city, so I wandered off route somewhat.

The new streets of Santiago can be confusing. Tantalising glimpses of the Cathedral kept me more or less on course.

At 14:00 precisely, we reached the Cathedral. The square in front of the Cathedral was full of groups of Pilgrims hugging each other, crying, laughing or some just kneeling in prayer at having completed their own pilgrimage. Most had walked the Camino Francés in greater or lesser part.

I had missed the noon ‘Pilgrims’ Mass’, so the evening mass will be my goal.

I stood in the line for the next hour to receive my Compostela. For me, this is always slightly emotional. Shelley chose not to request one this time.
And so – it is over – for this year…
There will be a recap post – hopefully tomorrow. For now, I want to get clothes washed and sleep, knowing that we do not have to walk anywhere tomorrow… 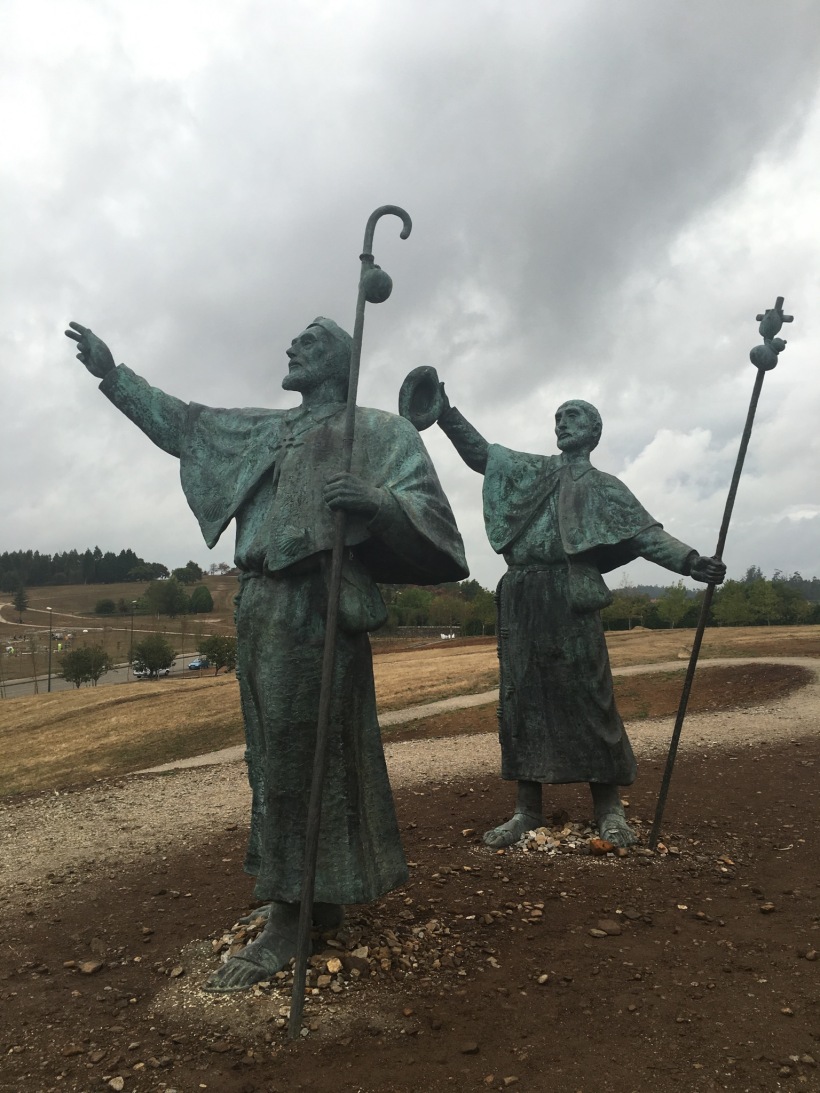