In the footsteps of St. James 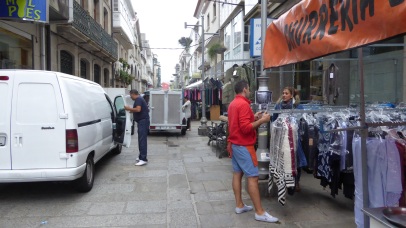 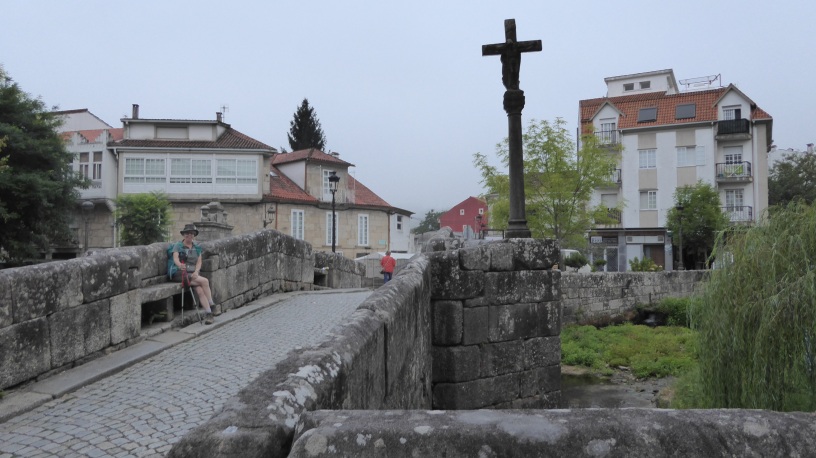 Today was our first day without the hot, beating sun. The clouds came over during the night and stayed for the whole of the day.

The route – still following Via Romana XIX – was never far from the new N550 main road.

The distance to Santiago was reducing on the signposts at each intersection of the two.
We meet many pilgrims each day now. The numbers increased markedly at Porto (I met almost none prior to Porto), and have increased in number each day. The largest increase came at Tui, which marks 100km from Santiago, and the minimum distance for a pilgrim on foot to successfully claim their Compostela.

Most pilgrims we meet now are Germans and Spanish. A few French. No British except ourselves.

There is little to be said about the route today. Pleasant woodland walking for the most part on good tracks, many still displaying the original Roman stonework. 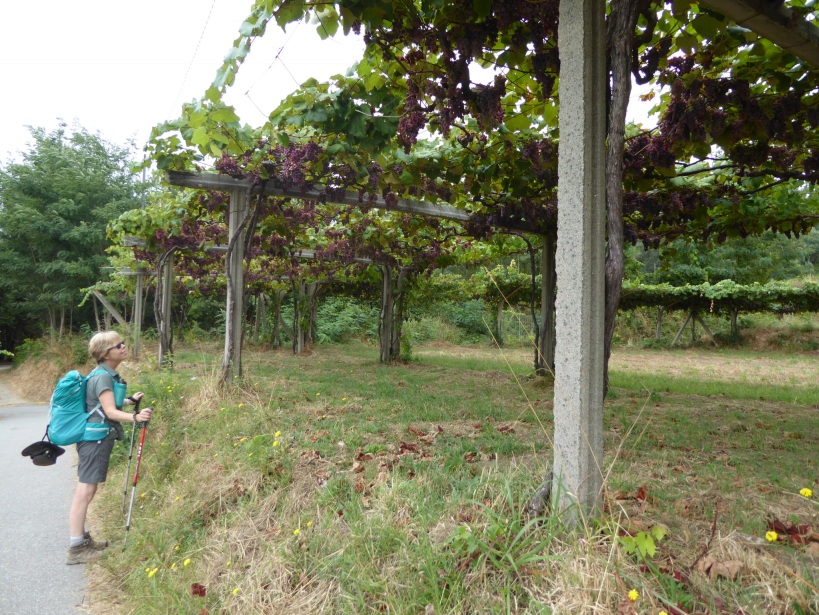 We reached Padrón shortly after lunch. 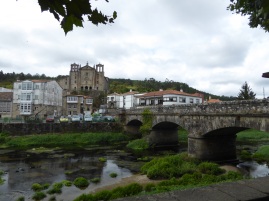 After checking in to the Albergue Flavia, I made my own special pilgrimage to Monte Santiaguiño. According to history, this is the site where St James, the apostle of Christ, first came ashore to pass on to the people of Iberia, the teachings of Jesus. There is a convent at the foot of the path which houses various artefacts and relics commemorating the event, but which was closed. Nevertheless I found the path and climbed to the rocky outcrop which commemorates that first gathering. There I left some small artefacts, stones, shells and notes from those who have asked me. Some I have carried from New Zealand. Almost all have been in my pack since Lisbon. One was given to me by someone who has since died.
A couple of American pilgrims took my photo, and a group of German pilgrims came downhill with me. Great fun to talk with. Having paid my respects, I returned to the Albergue. 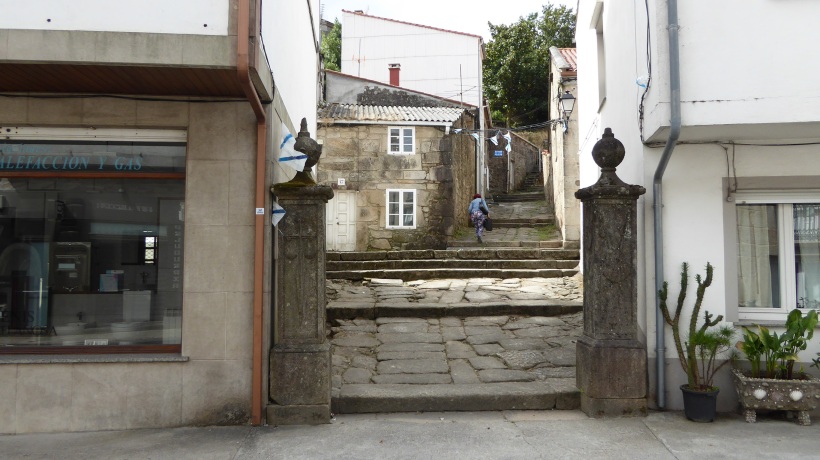 The washing done, Shelley and I decanted to the bar and later enjoyed our evening meal together – the last on the Camino as tomorrow is our last day. Only 24km from here to Santiago and journey’s end – and the forecast is for RAIN (and a lot of it).