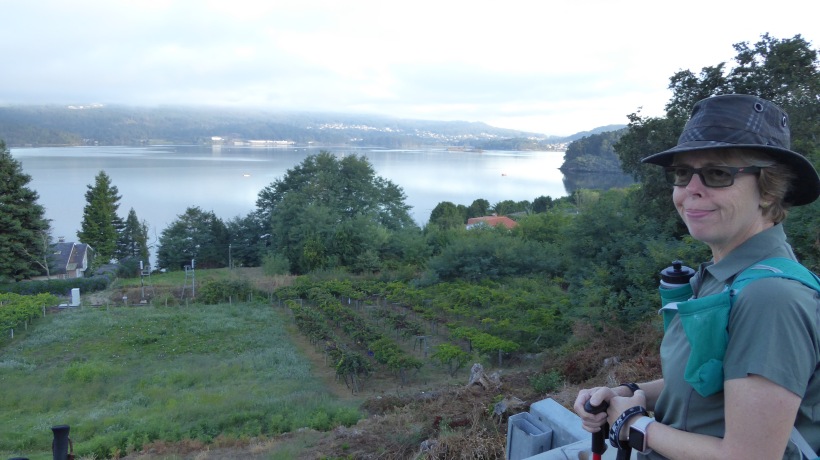 During the night we could see the glow of forest fires in the distance. Only smoke remained by morning – thank goodness. The late summer has been so unseasonably hot and dry that the forests have been like tinderboxes. We have passed many areas where the pines and eucalyptus have been burned, although not always over huge areas. As I write this, over 105,000 hectares are ablaze in Portugal and 25,000 hectares in Spain.

For the eucalyptus farms, it is an immense blow after perhaps 10 years of growth. 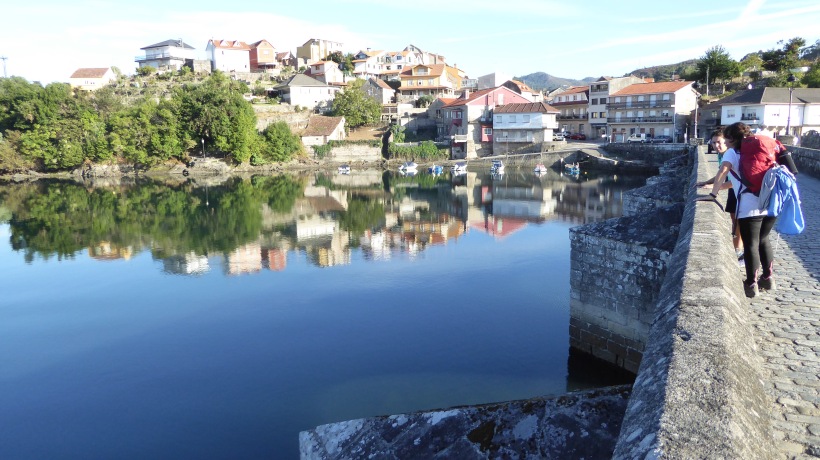 The N550 provided the route for the first few kilometres into O Vao with its beautiful Roman bridge and incredibly quaint centre. 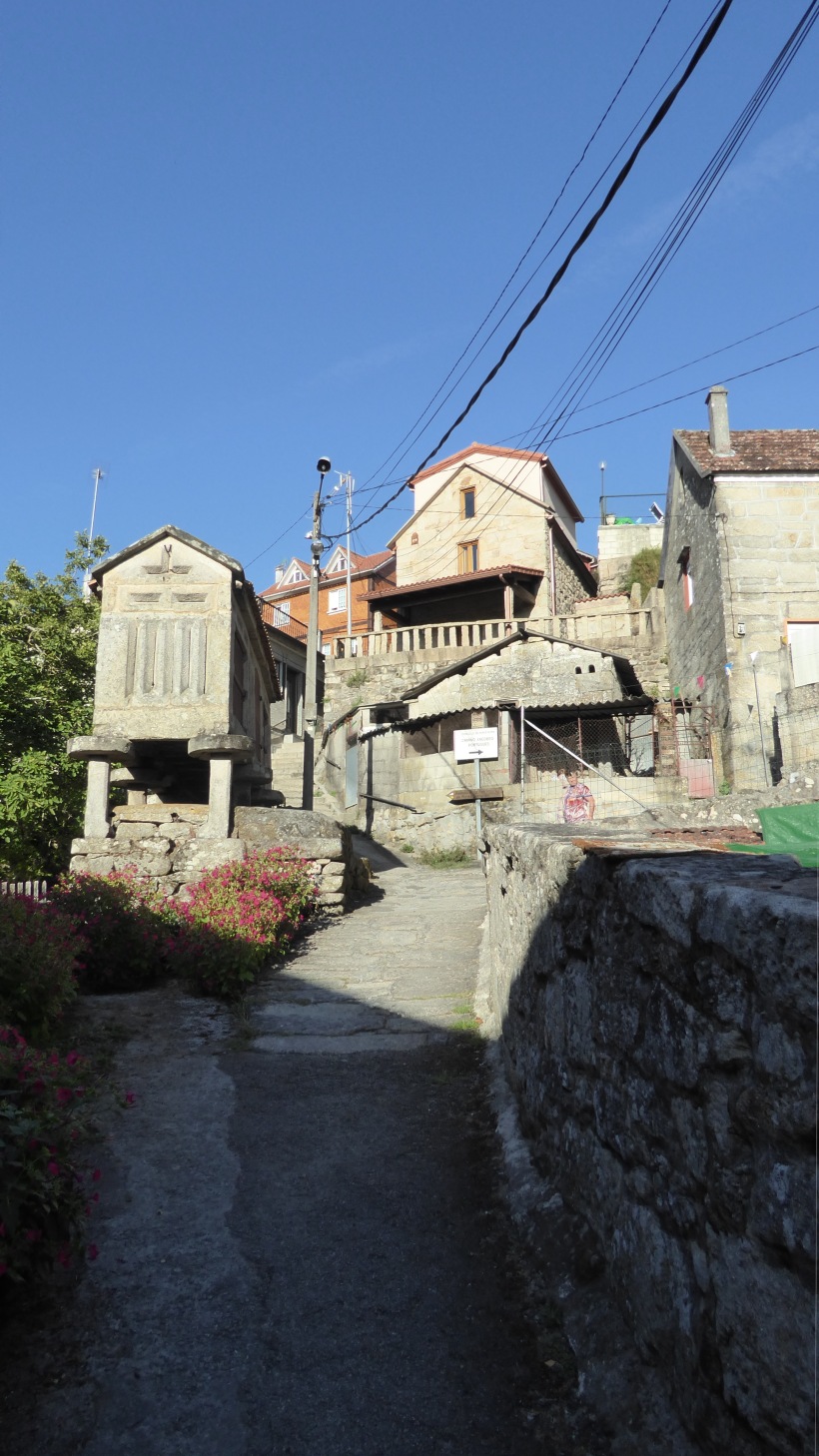 Once again a steep climb along forest tracks followed. An enterprising young man was selling water at the top of the hill, and let us know about a diversion avoiding the building works along the official route. We met Martin from Cape Town. Wonderful guy who was full of life and stories from his home in Stellenbosch.

We reached the Capilla de Santa Marta and took the diversion, and in doing so we met with two of Martin’s walking companions from Italy. Manuel is one of those people who have never met a stranger. Instantly likeable. A pilot in the Air Force, he was walking with his sister, an artist from Venice. The end of our diversion was a long tunnel which brought us into the town of Pontevedra. 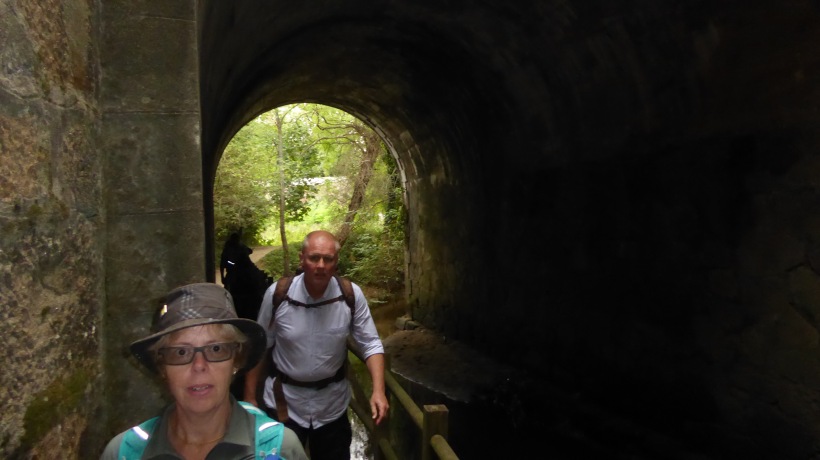 When we parted company in Pontevedra, it was like saying goodbye to old friends. The Camino can do that. It can – sadly – do the opposite too as we found just minutes later at check-in. A woman was trying to check-in, but had – as it transpired – booked for the previous night. When I spoke Spanish to the worried young receptionist to help ease the situation, I was accused of ‘…getting special treatment..’ because I spoke Spanish. I carried on and we sorted out the problem. The lady did not have anything more to pay, and the receptionist – who was worried about the woman’s further bookings (in case they were wrong too) was relieved. The American woman, somewhat begrudgingly I felt, gave me a ‘Thank you’ at the end. Confrontation in life is inevitable sometimes, but why do some people make it their starting point. We met her again later and helped her to get directions to the old town. She seemed a bit Mor human the second time around.

The ‘Old Town’ of Pontevedra is a great accumulation of various ‘plazas’. Around 8pm, like many Spanish cities, the bars, restaurants and street theatre starts to come alive. Street clowns set up and the kids adored their antics. This love of life in these lovely old city centres is one of my abiding memories of my Caminos in Spain.
A very forgettable meal followed – and that is all I shall say on that score.
No planned accommodation for tomorrow night. Let’s see where we end the day….