Wonderful, start to the day as the countryside had taken a shower in the dew. The dew was slowly rising as the sun started to warm the earth, giving an ethereal light .

We left Casa Mindela and started to follow the N306. The road is frankly dangerous. Although almost everyone wants to avoid hitting walkers, there are no sidewalks; there are high walls lining the road, and the road speeds are quite fast. Left hand bends are the worst. For the first 5km we were dodging the cars. One – complete with driver with mobile phone to his ear – came within millimetres. I was glad to reach Vilarinha where we could at least follow sidewalks. Shelley has commented on this difference with the Camino Francês last year. As she says “On the CF you are rarely on roads. On the CP, you are rarely off roads”.

At Vilarinha, there is a Lego-like statue to a pilgrim. The resemblance to myself is uncanny. 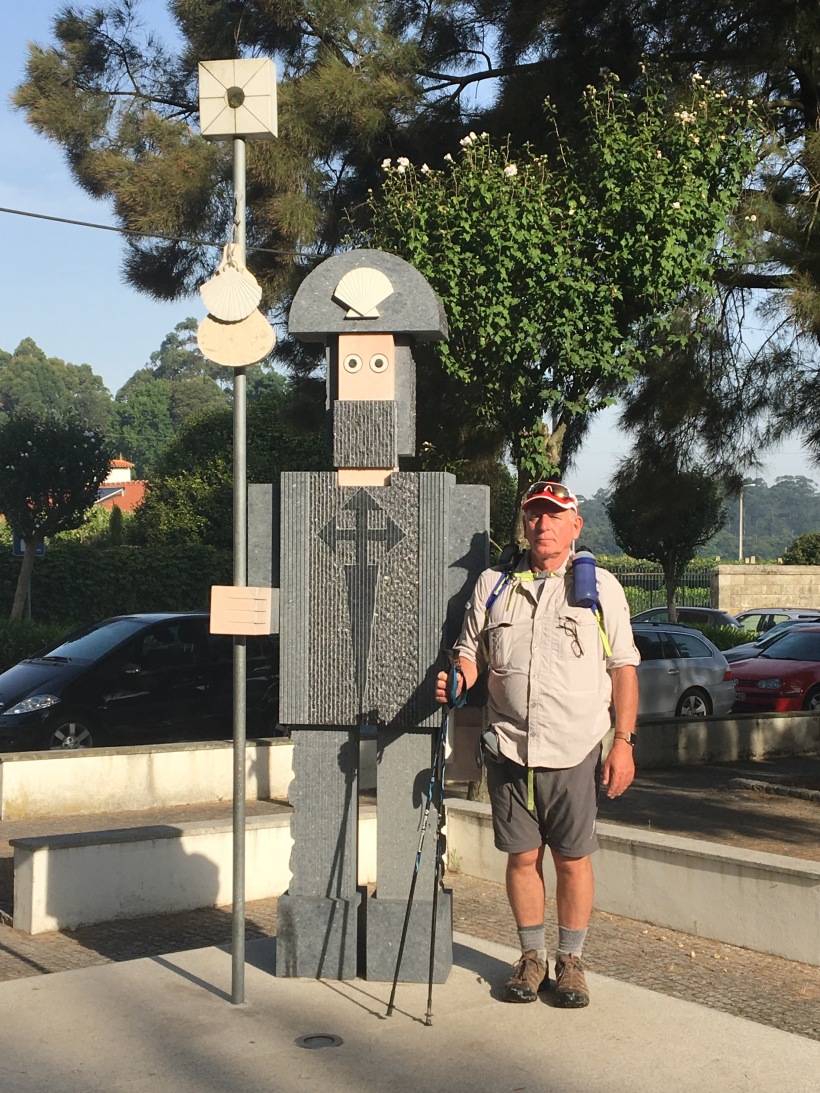 A few kilometres after Vilarinha, the N306 has been rerouted leaving the Camino to follow quaint old roads over the beautiful old bridge route over the Rio Ave, and our first views emerged since leaving Porto.

We turned off our old path onto the road and suddenly found ourselves in the midst of a small group from Scotland. They had followed the Coastal Route, so I am guessing that the two routes have now come together.

We parted company at our half-way point of Rates where Shelley and I had a sandwich for lunch. The temperature was rising. We now found ourselves on farm tracks. No cars to dodge now – just off-road quad bikes…

The heat of the day brought the temperature to over 30°C, and although there were trees, we had little shade.

We are seeing more pilgrims now. At the pilgrims’ Albergue/rest stop at Pedra Furada, we found a lot of them. Many were trying to stay there for the night to be able to stop and escape the heat. All beds had gone, so there was a brisk trade in taxis to take them the last 9km to Barcelos, and I think that was being very sensible.

Cooled and watered for the last stretch, it was thankfully mostly downhill on small side-roads, thus avoiding the main N306 traffic.

Barcelos is pretty town, especially as you walk over the bridge . A wide river with beaches and a castle ahead of you. 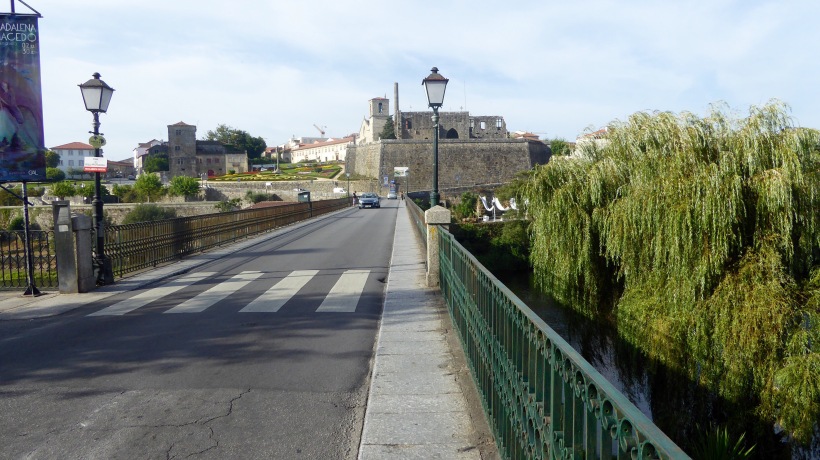 Tomorrow the weather forecast says that temperatures will be higher with parts of inland Portugal experiencing up to 43°C…!
As early a start as possible is called for