Hard to get lost

First day of mist in the morning. It did not lift until 11:30, and made for a very comfortable day of walking. A wonderful 18°C rising to 21°C.

The Vouga – as I found out today – is the main river in the area. I walked through Mourisca da Vouga – a very long village  – and then into the valley and Eucalyptus woods.

I realised that the N1 is following the ancient route northwards. I am on that ancient route – most of the time at least. The Caminos bring you in touch with these old routes. True – they are changed from time to time, but their overall basis was set way back in the annals of history. For centuries, people have followed these trails – connecting the same villages, shrines, fountains…

We walk in the footsteps of medieval pilgrims; of Roman Legionaries – of the earliest people in these parts.  I find it humbling.

The rivers here are not fast flowing. Lakes form and fishermen were there fishing from an old bridge on what must have been that original road. 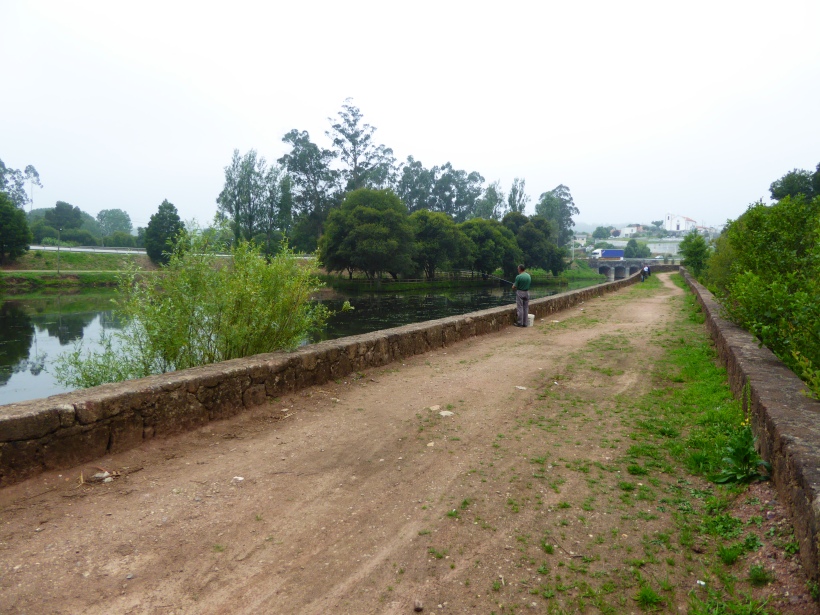 I was never far from the main road, but in the forests of Eucalyptus,  there were the songbirds to hear once more. It makes a welcome change from the traffic.

I finally met two walking pilgrims. However – our meeting was brief as they were following the  route south to Fatíma (same route as the Santiago route but in reverse until they part company near Alvaiazere). They were from Brazil. Nice couple. We swapped stories about the routes ahead in my poor Portuguese then parted company. Everyone tells me that I WILL meet other pilgrims walking my way….

I reached Albergaria-a-Velha/Nova. Albergaria in the name gives away a clue to its ancient history. As part of the deal to found the town, the governing noble had to provide a hospital for the poor and travellers. Albergaria is the name given in Portuguese to such hostelries.  That was back in 1117 which indicates how long pilgrims have been using the route.  There is a short section of footpath between alls in the town, then back to the main road, and the truck stop where I was staying.  E

I do not have many photos to show you. It was a short day after the (almost) marathon of yesterday.   Finding a food when Portugal is playing in the Euro 2016 match was very difficult. 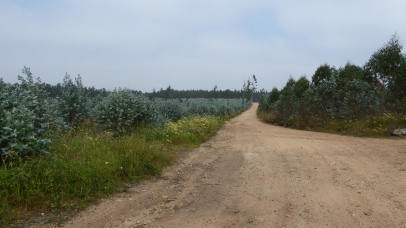