I think I was unfair to Golegã last night. It looked much nicer in the sunshine of this morning. To be fair, no small town ever looks good on a cold, wet, windy, Sunday evening. The town was emerging from an ethereal mist as the sun tried to evaporate all the water that the sky had dropped yesterday. It fought a losing battle for a couple of hours as the mist rose and then blocked the sun. By about 10:30 the sun was winning.

Nice streets through Golegã which prizes its horses and its matadors, but as the photo of the Mini shows, the parking still needs some work.

Quiet country lanes. I was watching the largest number of storks flying above me as I approached the electricity lines. Some people (myself included) have said the pylons are ugly. I take it back. This one alone is home to 8 stork nests – and there were hundreds more. 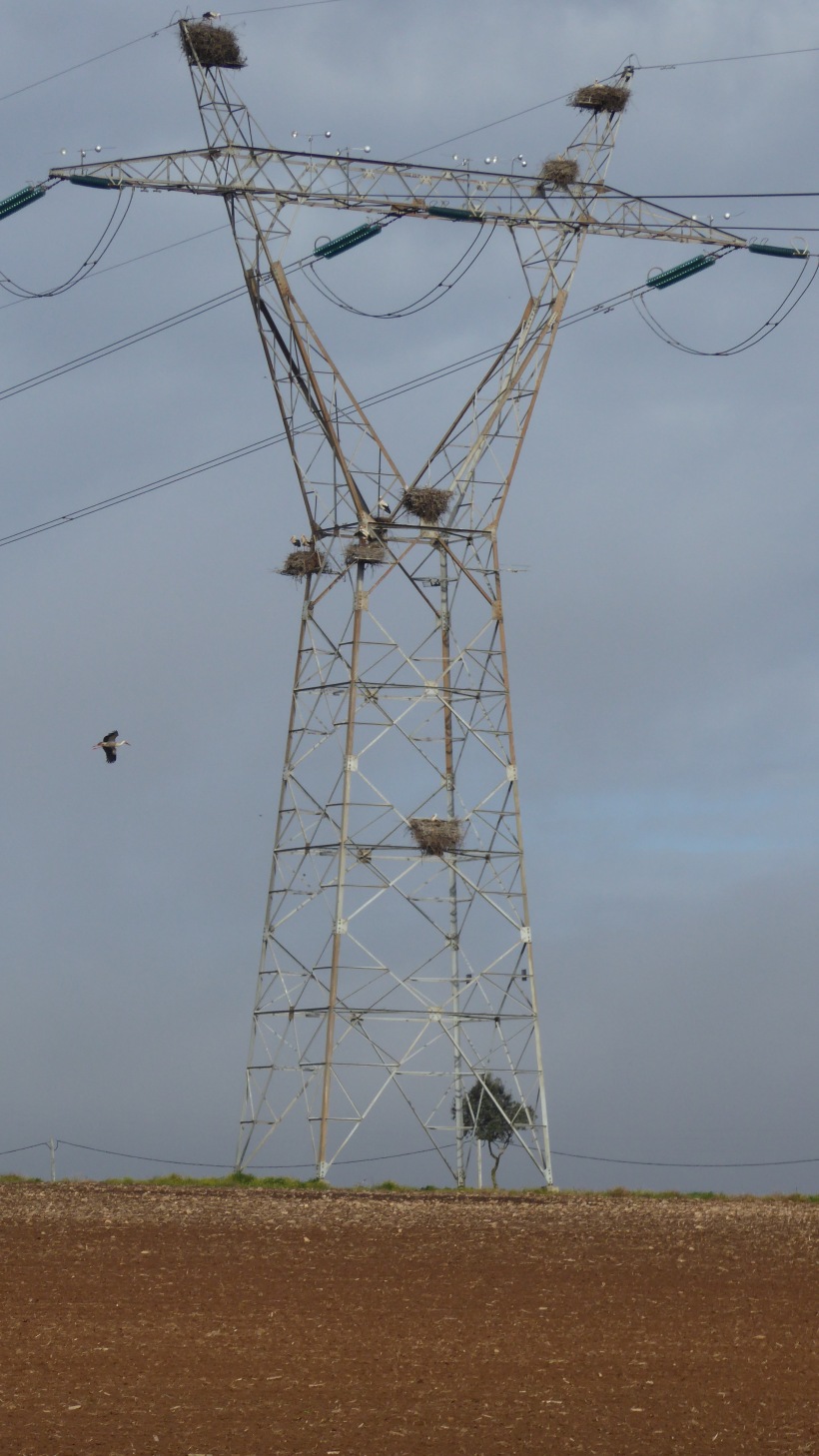 I tried to follow my old maps of the Camino Portugués. It diverted me along a lane through ancient olive trees. The lane became a ploughed field, which then became a field of wheat with no way through. I had to find a route around it to get back. 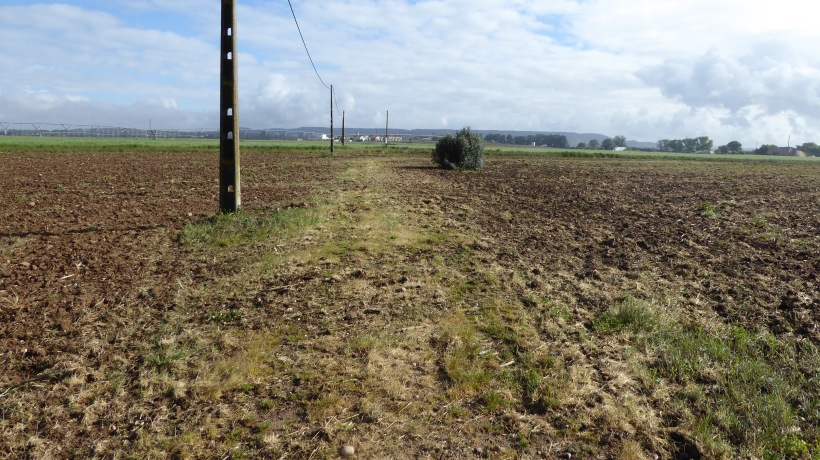 São Caetano is an old Templar village. It leads onto a very sad place which is the Quinta de Cardiga. It is a beautiful old house. It has a huge number of once thriving houses. It was even a royal palace. Now – it lies in ruins. It made me think of “Ozymandias” (Percy Bysshe Shelley if you do not know it). It seemed somehow fitting that at this exact point, I left the Rio Tejo which I have been following since Lisbon. 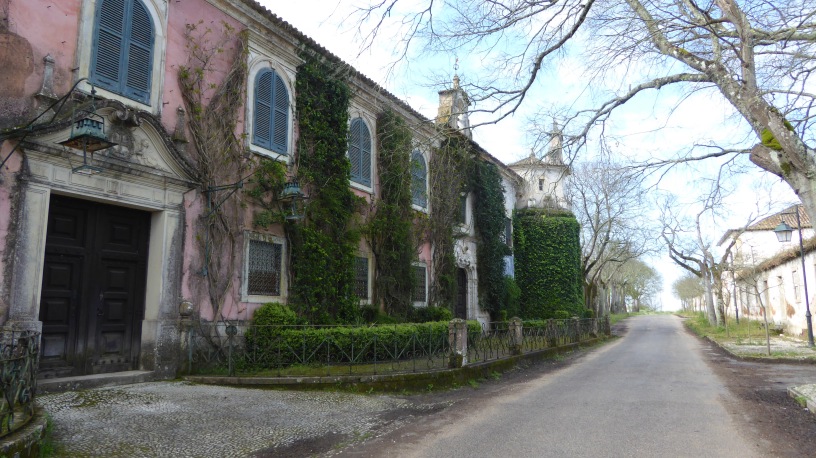 The morning was bright as warm as the route now headed into the hills. It took me through the western flanks of Villanova de Barquina and on to Atalaia. At Atalaia, the National road N-110 was joined, together with its fast, noisy traffic. Thankfully not for long and after 1km I finally took to tracks through forests.

The forests (mostly Eucalyptus cash-crops for making paper) – had paths which the rain and logging had torn up, but which still make for good walking. The heather and broom were flowering.

The route goes through some lovely little villages such as Grua and Assisceira where I ate my lunch by an old amphora by the church. The rain gods started to mess with me, so I gave up and accepted the waterproofs. The afternoon then got very warm.

On down to the N-110 again for the next 5km, then by paths alongside the train lines and a detour to avoid yet more N-110 marching. I went by Cabeças which is a very nice walk into Tomar by quieter roads than the main road, which seems to be the most popular route.  I say ‘most popular’ but there are still no pilgrims along my route.  Other than the traffic, it has been a quiet day.

Tomar is a pretty town with a superb looking castle. I am staying in an apartment across the bridge before I make for Alvaiázere tomorrow.

My host has cooked dinner and so now I have only to get some sleep. 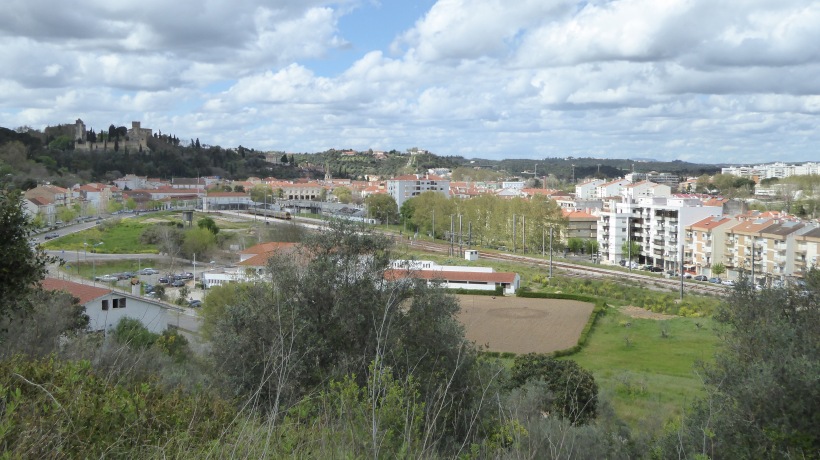